Climate change at the Ebro Delta

From the data from the Ebro Meteorological Observatory in Roquetes, and from those collected in the BAIC 2019 (Annual Bulletin of climatic indicators edited by the Meteorological Service of Catalonia), we show the difference (anomaly) of the temperature and precipitation values from 1950 2019 (70 years of data) compared to the period 1981 to 2010. Thus, an anomaly of +1 ° C informs us that the temperature has deviated 1 ° C above the average. 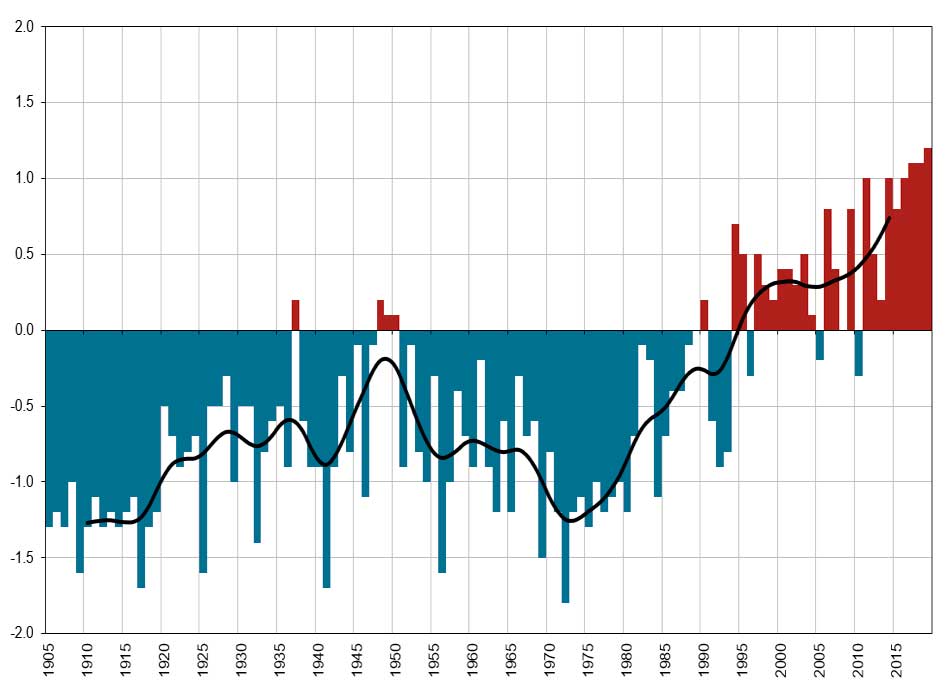 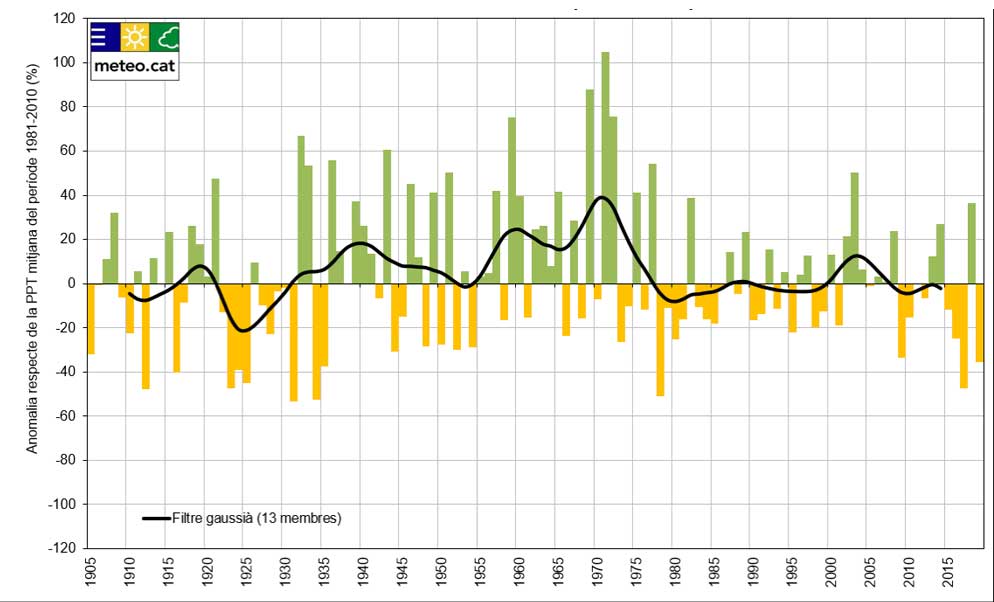 In an area like the Ebro Delta there are two other parameters to analyse from the perspective of climate change: the temperature of the sea water and the rise in sea level.

The effects of Gloria storm

Storm Gloria,  which took place between January 19-23, 2020, was a wake-up call as to how fragile the Ebro Delta is

The heavy sea storm broke the sand bar at the Illa de Buda, which caused sea water to enter into the lagoon and had a direct impact on the fish population. More than 2,300 hectares of rice fields were flooded, numerous infrastructure elements were damaged and the Trabucador sand bar vanished, submerged into the sea. According to climate change projects, weather events like Storm Gloria could become increasingly more frequent. 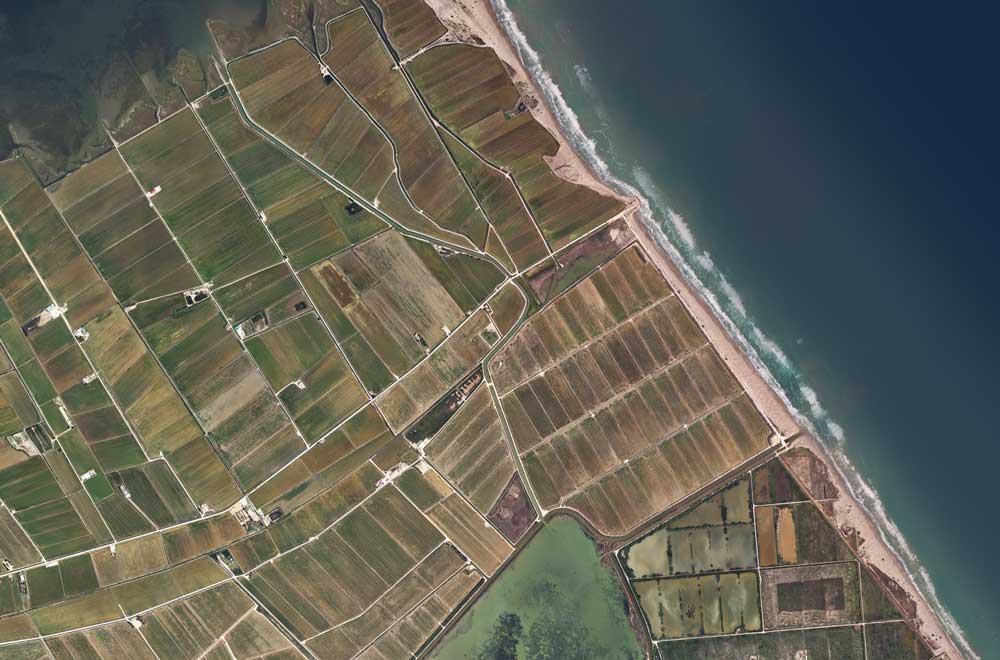 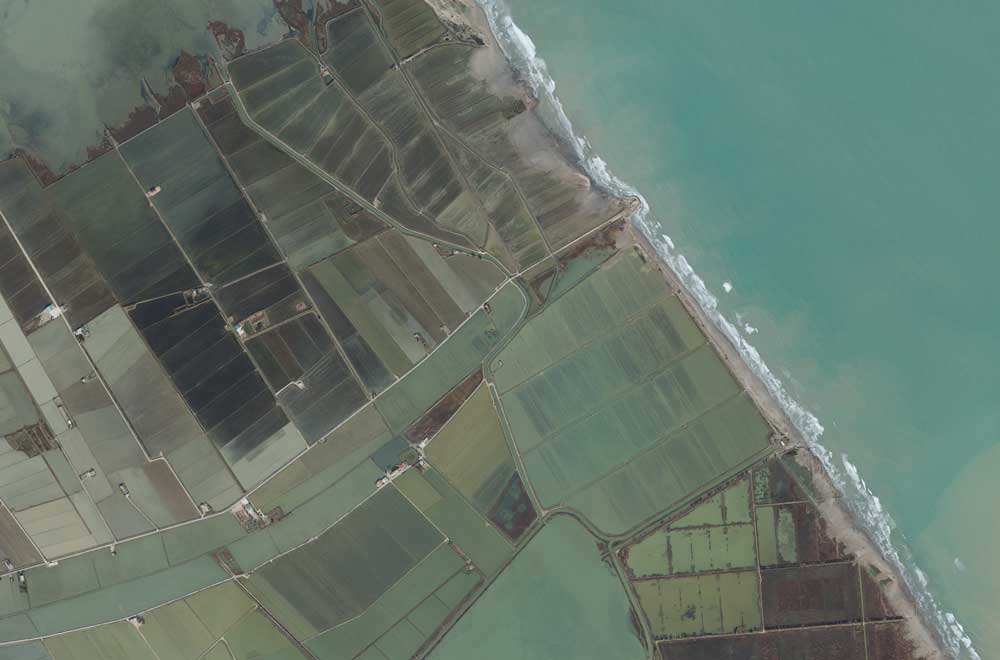 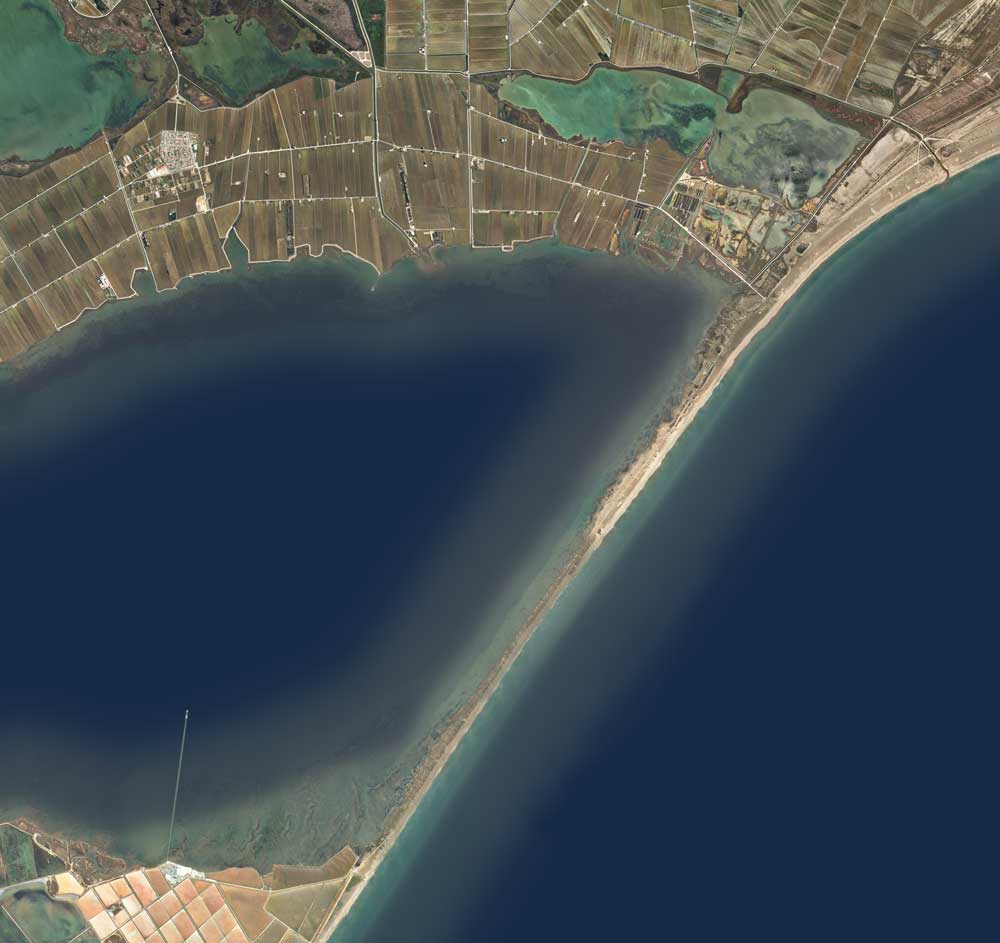 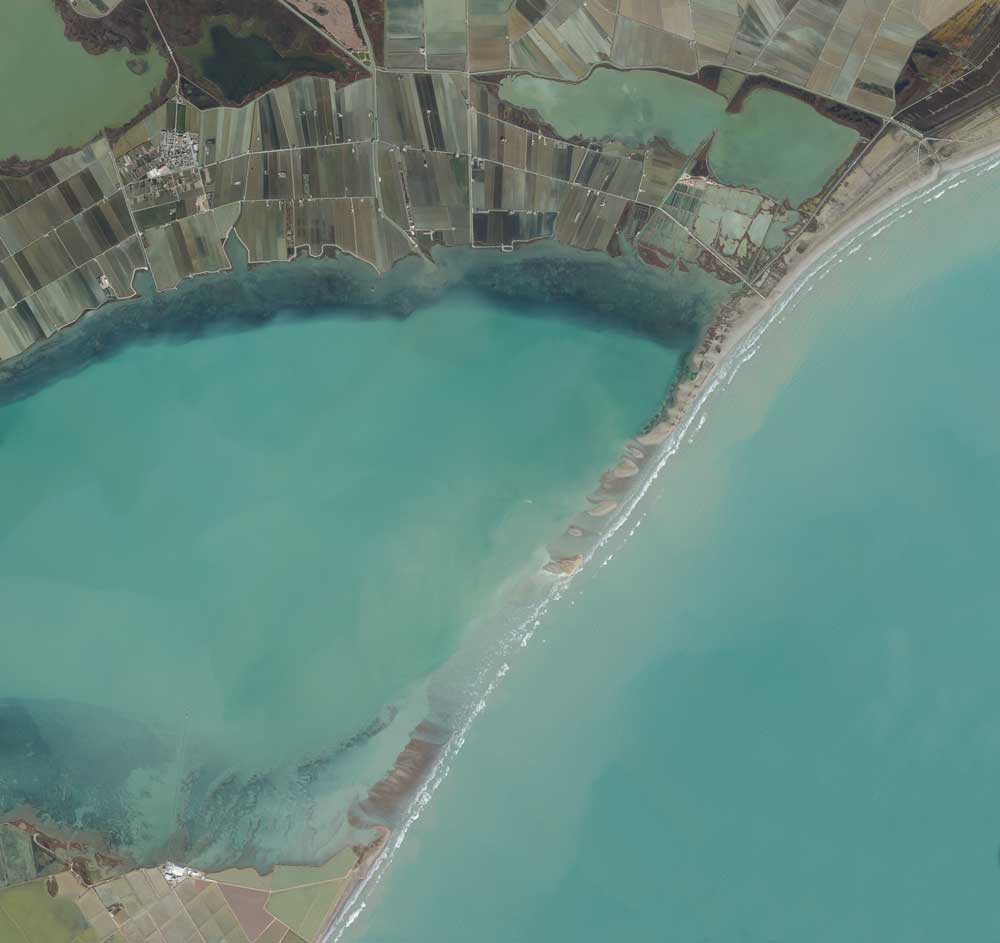 The Secretariat for the Environment and Sustainability, in collaboration with the Platform for the Defense of the Ebro river, is promoting this exhibition which aims to show the impact of climate change on the evolution of one of the richest in biodiversity and, at the same time, most vulnerable deltaic systems in Europe: The Ebro Delta.